Chief James F. Blair reports that over the last 24-hour period the Morgan City Police Department responded to 43-calls of service. The following person(s) were arrested as the result beginning on 5/21/2020 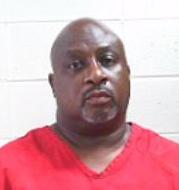 Morgan City Police Department responded to a call of a shooting on Headland St. Upon officer’s arrival, they located the victim suffering from a gunshot wound. The victim was transported to a medical facility for treatment. The suspect was identified as Troy Watson and was detained on the scene by officers. During the investigation, an arrest warrant was secured for the arrest of Watson by investigators. He was placed under arrest and incarcerated at the Morgan City Police Department.

Hit the Road With Hospice of Acadiana Extends Raffle Deadline